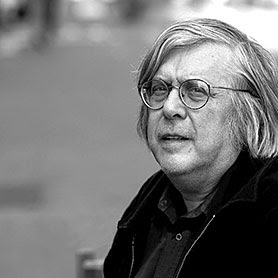 Kiarostami’s much-improved remake of his first (and weakest) fiction feature – Report (1977), about the break-up of his own marriage – has its share of linguistic and touristic irritations, along with many thoughtful and beautiful moments. It seems like a necessary first step for a filmmaker who can’t expect to go on making films in Iran.

Like many friends, I’m still figuring this one out — in my case, with the special assistance of Andréa Picard’s brilliant defence of the film in Cinema Scope — and the effort has already been well worth the trouble. Even when Godard’s pet notions are unduly solipsistic, which also happens in Histoire(s) du cinéma, the work (and play) with sound and image are too dazzling to ignore.

I feel a special affinity for films that heroically attempt to say and do ‘everything’, even when they (inevitably) fail. The most obvious example is Jia Zhangke’s I Wish I Knew. But it seems more useful to cite this much less-known essay film by Allan Sekula and Noël Burch about sea cargo, which has taught me even more.

I’m suspicious of instant classics, even when I’m immensely entertained by them, and I suspect that an important part of the popularity of this bittersweet Fincher-Sorkin comedy is its facile, cynically jaded fatalism about the corruptions of big business — a backhanded celebration, as in Citizen Kane and the first two Godfather films. Though I learned far more from Zadie Smith’s review of the film than I did from the film itself, it still has an undeniable flash.

Apichatpong’s breakthrough smash has the uncommon virtue of trusting its audience to furnish its own commentary and explanations — a virtue made possible by its magical realism.